Updates to Stephen's profile since your last visit are highlighted in yellow. 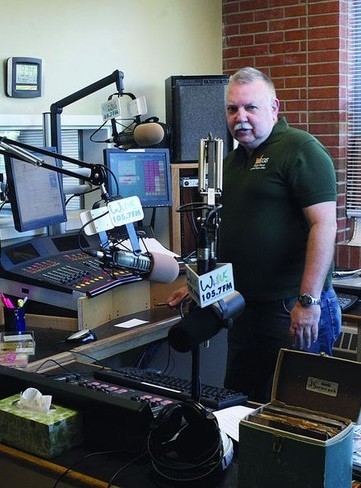 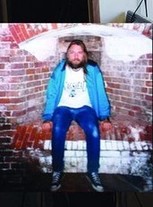 After a stint in the USAF I ended up spending over a dozen years in Albuquerque before moving East in 1989. Now living in Seneca County, NY (a rural area between Rochester and Syracuse in the western part of the state best known for its huge landfill) and producing a weekly nationally syndicated radio show called Stuck in the Psychedelic Era, which can be heard locally on KALH Variety 95.1 FM Sundays from 7-9PM.

I'm sorry to hear of my old bandmate's passing. I had been trying to get in contact with him for the past two years, but with no success.

Doug and I first met in late summer of 1970. Both our fathers had been transferred to Holloman from Germany that year. Even though we had lived on different bases, it turned out we had at least one friend in common (a drummer named Zach Long) and soon ended up in a band called Friends that played a few gigs at Holloman. Right after graduation, Doug and I moved out to a small town in Oklahoma to take our shot at being rock stars. We actually got pretty close, too, but ultimately ended up returning to Alamogordo the following autumn. We stayed close friends over the next few years, playing in a few bands together. In fact, Doug was the best man at my wedding in 1974. I lost track of him when I joined the Air Force that year.

Incidentally, Doug was an excellent lead guitarist when I knew him (I was the bass player back then). Kinda ironic that he ended up switching to bass while I ended up on lead guitar (but not as good as he had been).

Happy birthday! Living in Cruces now, eh? I still remember the gig we did at your brother's frat house when the whammy bar messed up on your Hagstrom during Inside Looking Out and you did a Pete Townshend on the Hagstrom. The only sound heard in the next 10 seconds was your brother saying "That's why I don't piss him off". A truly memorable rock and roll moment.

Back to Stephen's Profile Details